As one of the first International NGOs, HORIZONT3000 opened a country office in Uganda in 1988, shortly after the civil war in most parts of Uganda had ended. The relatively stable, landlocked country in East Africa was dominated by preparations for the national elections scheduled for the beginning of 2016 which resulted in the re-election of long-term president Yoweri Museveni. The treatment of the opposition and its supporters was criticised by most observers. In November 2015 the new Non-Governmental Organisations Bill was passed by Parliament. The conditions for HORIZONT3000’s work in Uganda have remained positive. 12 technical advisors had been seconded to non-governmental and faith-based organisations and institutions in Northern, Central-Northern, Eastern and Central Uganda.

Broadly speaking, the geographical focus in East Africa is the region around Lake Victoria. In Uganda, given the relatively small size of the country, HORIZONT3000 is present in most regions of the country with a focus on Northern Uganda. HORIZONT3000 has a Regional Office in the capital of Kampala.

The objective is to empower the farmers to generate income as well as to achieve food sovereignty. HORIZONT3000 supports farmers by promoting the Enabling Rural Innovation (ERI) approach. This approach enables small scale farmers to produce those agricultural products that are demanded by the local markets and trains them in improving their homestead and increasing their production. Another component of this sector is the ecological rehabilitation of the rural hospitals by furnishing them with solar panels, incinerators and washing machines. The upgrade also involves the construction of sewage systems and water tanks.

Activities in this sector concentrate on lobbying and advocacy for specific rights, such as rights of women, children, youths and child headed households, slum dwellers, war affected individuals, and marginalised rural communities. In Uganda the focus is mainly on children rights.

Areas of intervention and beneficiaries

In the sector Human Rights – Civil Society the aim is to empower local civil society organisations to strengthen their watchdog function – by monitoring and criticising the actions. In the sector of Rural Development and Natural Resource Management the target group consists of small scale farmers and patients of the rural hospitals who benefit from the improved services. 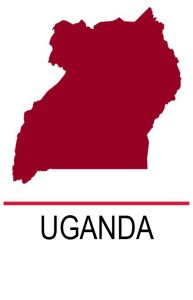